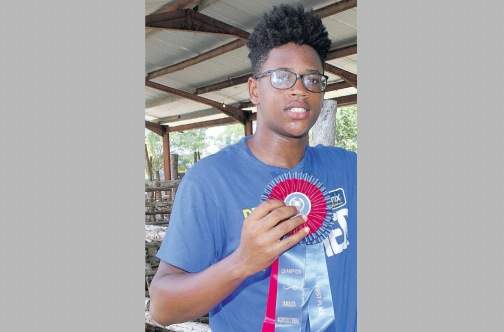 At just 15 years old, Matthew Thomas has already made a name for himself locally as the farmer whose 1,740-pound Jamaican Braham bull won the Champion Bull “Other Beef Breeds” category for two consecutive years at the Denbigh Agricultural, Industrial and Food Show.

The young farmer, who has hopes of one day becoming a veterinarian, told the Jamaica Observer that though farming is hard work, he would encourage other young people to try it.

“It takes commitment and lot’s of work, but it’s something you have to try for yourself,” he said. “You’ll never know, you can’t knock it until you try it. Just give it a try.

“Farming has so many branches, it’s crazy to even imagine. You can raise small animals like rabbits or chickens; that’s still farming in itself, and eventually you can branch out into larger animals if you like,” he said.

Winning Women in Agriculture
Barbados Celebrating Local Food To Save